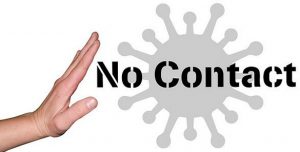 We are in a massive paradigm shift in the work world, with so much needing to move online to manage physical distancing. I’d like to share with you some of my journey over the last quarter-century into learning how to connect people over cyberspace…

Twenty-three years ago I joined the Centre for Community and Enterprise Networking (C/CEN) at Cape Breton University, to work with Michael Gurstein, one of the founders of the field of Community Informatics. In 1997, people thought we were crazy to be looking at Internet tools for rural economic development. 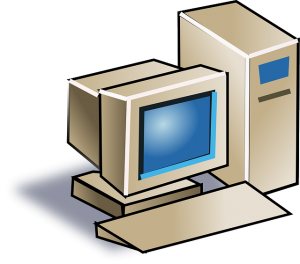 But the project started some amazing “proof of concept” projects, including Internet radio to promote Cape Breton tourism, and Net Corps, where out of work fishers were retrained to take computer networking to the refugee camps of Angola, enabling the camps to communicate and collaborate on essential tasks like designing inexpensive yet effective sanitation for the camps. We showed that province-wide projects like staffing the CAP Internet-access sites could be coordinated from Cape Breton using Internet technologies, instead of from Halifax. We worked to help bridge the “Digital Divide” between those who had access to the ‘net and those who were left out. All this sounds simple today, but in the 1990’s it was radical.

And we did all this in a small office above a downtown pizza parlour, with six IBM desktops hooked up to a token ring network with one modem connecting us all to the outer world!

When the funding finished and I returned to Wolfville, I adapted the skills I had learned from that project to create an IT support and web development company that is still running today. I called it CAPFlex Networking, short for “Computers and People – Flexible Networking”, because the important part of networking is always the people. Technology comes and goes, but people keep connecting. The human to human network is what makes things happen.

I worked in the early 2000’s with Apple Tree Landing Family Education Centre to train parents of young children to use the Internet to support one another, to access health and education information for their families, and to build employable skills. Liz Rykart, the author of the 1997 classic, “Working Together Online” worked with us to build a collaborative web site where parents could share and find community resources.

The technology has changed, but the principles we learned in those early days about the difference between face-to-face versus online collaboration, facilitation, and education still apply.

Although most of the training, workshops and other supportive services I offer have been face-to-face, I have a deep base of experience to move online, and this is made easier by technologies that are far more adaptable that the primitive ones of the “old days”. I have been developing and teaching online academic courses at Mount Saint Vincent University for several years and that has taught me how to keep online events animated and interactive. 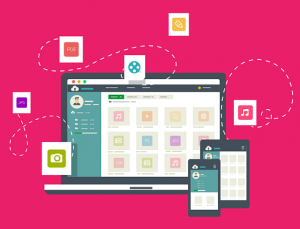 For example, I can create online trainings and workshops that can connect even the self-isolated, bring in co-facilitators, have interactive dialogue, break up into pairs or small groups and pop back into a large group dialogue. We can share resources, presentations, videos, etc, just as it would be in “real life”. And as always, everything I offer is customized to the needs of your organization or business.

Let me know how I can assist you to keep your people connected, trained, and ready for the transformed future that awaits us. Whether it is ways to build resilience, or handle challenging feelings, or to learn how to approach effective communication or deal with  conflicts in this Internet age, I’ll be happy to work with you to find a creative solution.

Show 0 Comments
No comments yet. Be the first.